One of the less travelled areas by Americans is Northern Italy. Travel plans may include Venice, Milan and lake Como, but that's usually as Northern as it gets. This summer's vacation we dedicated to the regions Veneto, Trentino and Alto Adige - on the discovery of the land, food and wines. Another good reason was to escape the grand heat of the Central and Southern parts of Italy... 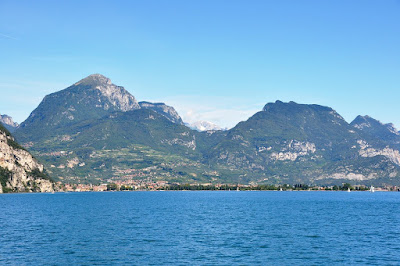 We started in Northern lake Garda (Italy's largest lake), a place called Riva di Garda. Garda starts at the level of Verona and then ends up in the alps and Riva is the Northernmost point. The lake is beautiful and clear, the water cold, but some people swim in it. We took several walks by the shore and enjoyed the fresh breeze, and took a boat ride to get a feel for the water.
And the lake fish, of course, need to be mentioned...served especially good at the restaurant Alla Terrazza which I can highly recommend. 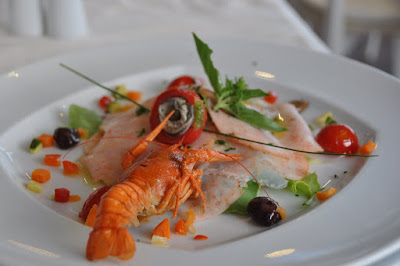 It's nice to spend an afternoon in Verona, there's some very good gelato to be eaten :) and of course Verona is a charming city with a good story for the kids (Romeo & Juliet), a Roman Arena and lots of nice places for window shopping. Just North of Verona lies the Valpolicella region, famous mostly for the intensive Amarone wine made with dried grapes, less famous for the masses of less interesting Valpolicella Classico or non Classico. We did a drive-thru and, not surprisingly, compared to scenic Chianti that I'm used to visiting, I wasn't awfully impressed as it is definitely more industrial in it's outlook. 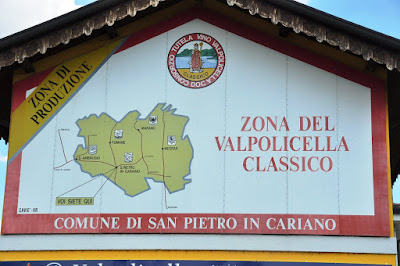 This part of Northern Italy is also exceptionally good for it's olive oil, a special varietal Casaliva gives a very nutty flavored oil. Lots of vines grow around the Garda lake as well, and then the wine region continues North of the lake, up towards Trento and all the way beyond Bolzano. We followed this route to see how the grape varieties change as we went North to the training system, that became Pergola between Garda and Trento and then partly back to Guyot in German speaking Bolzano. 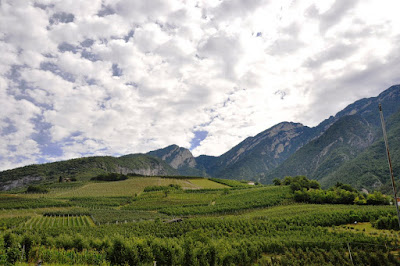 One day we went to visit a beautifully restored castle Thun in the Valley of Non, which was surrounded by apple trees. 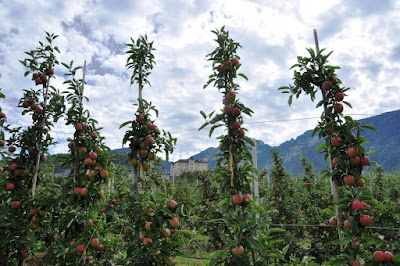 In fact, the fruit plantations are just as spectacular and widespread in the valleys as the vineyards. And the result in the kitchen is fabulous!: 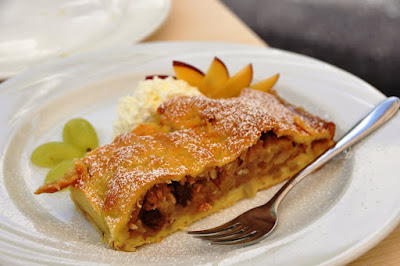 Trento and Bolzano are lovely towns, both worth a stroll around. Trento is the more Italian of the two, with larger streets and nice restaurants. A favorite to us became "Scrigno del Duomo" where we returned 3 times! The ambience was beautiful, the service a bit slow, but the food homemade and excellent. Also a lot of local wines by the glass... 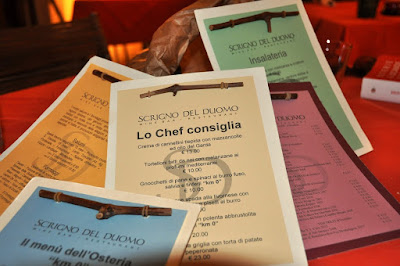 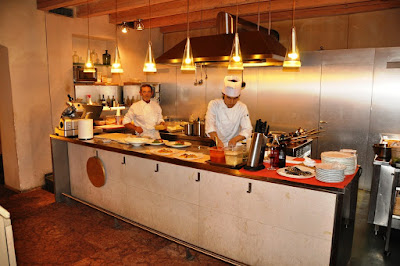 Of course, this was only one of the restaurants we visited...but don't want to make you too hungry by posting too many reviews!!! 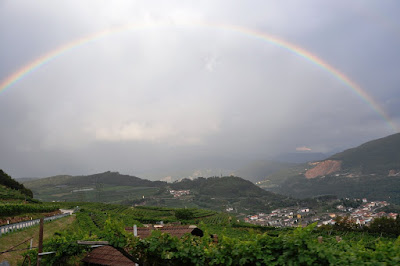 We visited a few vineyards as well. Pojer & Sandri in the Trentino region where we got a tour of the highly technological winery by the wine maker, and tasted something like 10 different wines. Our favourites were the whites Muller Thurgau, Sauvignon Blanc and interesting of course to try the more local varietals like Kerner. 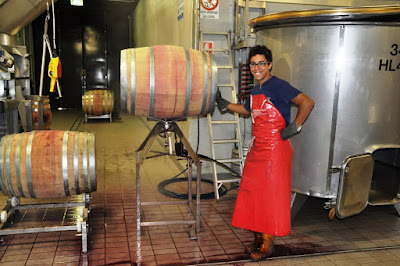 And then on our way to Bolzano, we stopped in at Franz Haas to taste their very nice wines. We already had a premonition which was confirmed, the Pinot Noir rocks! 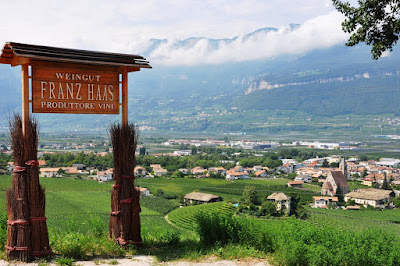 We stayed in a few different places, including the tower of a castle built in the 1500's!!!

Overall impression, Northen Italy is really a great place to visit, ideal in August - perfect for foodies and nature lovers!

Posted by Rebecca Wine No comments: Links to this post