Isola del Giglio - for the food and wine lover 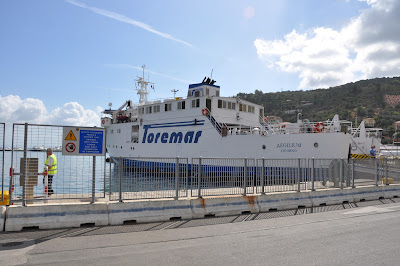 Isola del Giglio is a tiny granite island outside of the Southern Tuscany half-island called Monte Argentario. It’s a touristy place in the summer but apart from the summer months it’s a local community of a bit more than a thousand people that live in harmony with their isolated island culture. 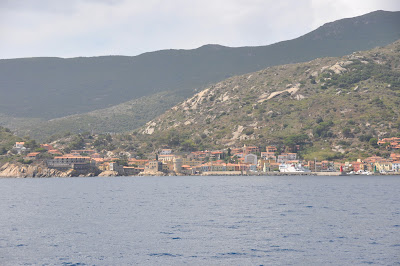 The reason why the island attracted me wasn’t much the sandy beaches or the clear blue Mediterranean Sea, but more so the ancient grape native to the island called Ansonica.
This grape that resists warm and dry temperatures along with salty winds from the sea, turns out to be the same as the one in Sicily called Inzolia. Sicily has recently got a better reputation for its deep reds, but prior to this the ancient Inzolia was the queen of the island – going into for example Marsala. 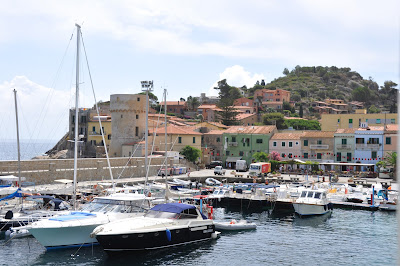 So to get to this marvelous island, one needs to take a small ferry over from Porto Santo Stefano. The ferries depart every hour or so, and it’s possible to bring a car if you think you’ll need it (probably not as the public transportation on the island is great). The distance covered in one hour is no more than 15 km, but it’s enough to feel far away from the main land and you find yourself tuning into lazy island mode.
In fact, the very first thing we did when we arrived at midday was to find our lunch restaurant. La Paloma was right on the harbor so we went straight in and placed ourselves in the comfortable courtyard. This restaurant is rated in the Slow Food guide as a good spontaneous kitchen. We couldn’t wait for an unpredictable meal!
In fact, the menu seems to be non-existent – just what the chef has found fresh on that day.
See some of the pictures to see how wonderful it was… 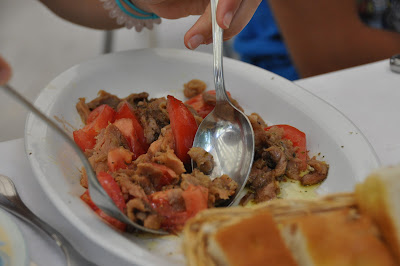 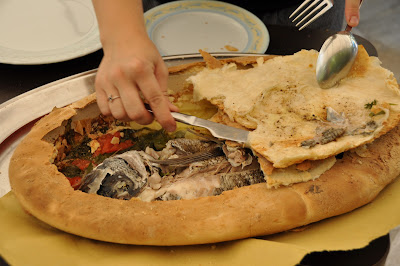 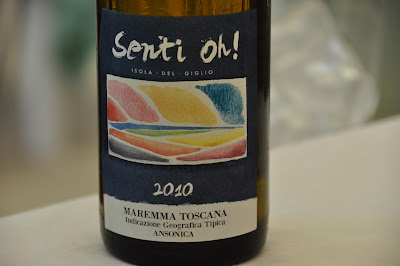 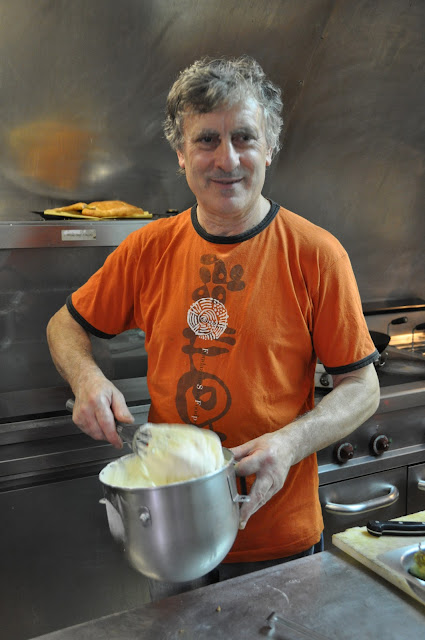 Later I read on Tripadvisor that the place is criticized for being expensive. I would probably agree of the fact that it’s expensive, but on the other hand it’s not a place I would go to fill my tummy. It’s a place that tells the story of food culture of an island. Everything is locally sourced and home made. That’s already what makes it totally worth it for me. And I have never had such delicious fish! So, expensive is relative...


After a very filling lunch and some wonderful wine (Senti Oh! – means Listen Up!) we went up the island to the Castello (medieval town on top of the island) to walk the lovely streets and do some souvenir shopping. Here we met up with Francesco who is one of 3 wine makers in Isola del Giglio. 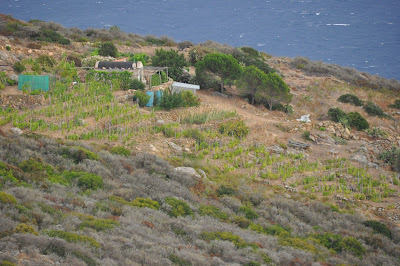 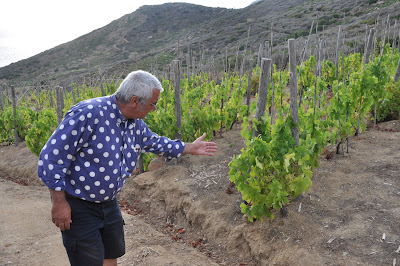 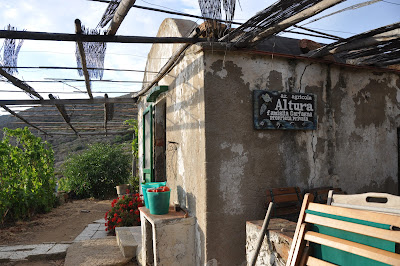 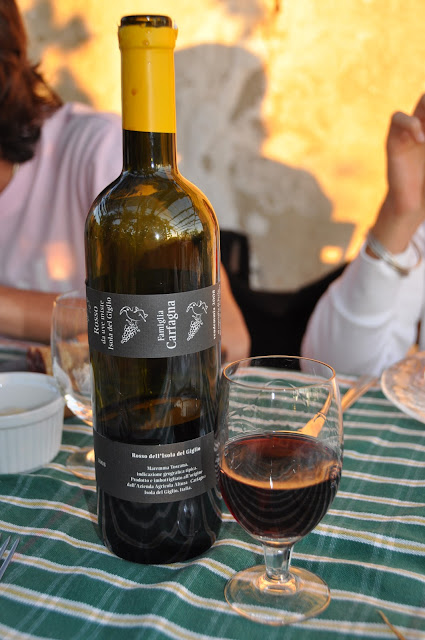 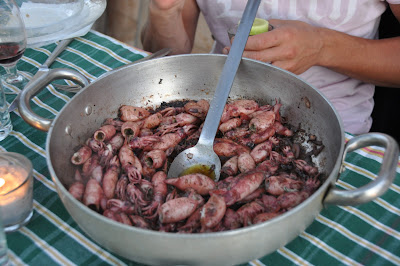 We hopped into his truck and headed South on the island down a highly improbable road. At the end of road (which ran along a cliff) we had to climb down a rocky path and there were the Altura vineyards. The sun was already heading for the horizon and the light on the vineyards was stunning. Francesco showed us his vineyards with mainly Ansonica but also varieties of red native grapes. They are all grown to Alberello (Gobelet) because of the hefty winds and dry climate. Very extreme vineyards in my opinion because grown on terraces and would have to be looked after entirely by hand. Each vine carried just a few bunches of grapes.
The sun headed further down the horizon and we sat and enjoyed some fresh Ansonica. The table was dressed with tomatoes and home made olive oil. We made bruschette and then came the calamari...
We were there till midnight in great company until the fresh winds told us it was time to go to bed. We headed back on the scary road and by a miracle we found the hotel on the other side (the inhabited side) of the island. By this time we were all completely in love with this wonderful little island – and so, of course, I felt it was my duty to share the place with you! 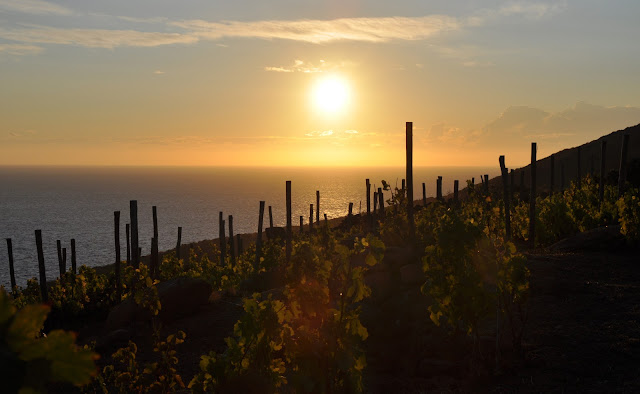 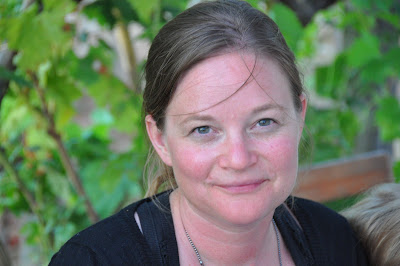 Posted by Rebecca Wine No comments: Links to this post