Who hasn't read The Little Prince? In my schooling years it was part of our curriculum and as I wasn't particularly fond of intellectual literature, I remember this book as standing out and being meaningful. Since then it's remained one of my favorite books, even if I hadn't taken it out of the shelf for quite a while until recently. In thinking...and thinking of a label for the wine which we will be dedicating to our sons, we've come up with various ideas through the past year. It's hard to find something that captures exactly the spirit with which a wine has been made.
My husband Pierre is the person in charge of everything from the pruning to the wine making... He's making a wine which is "simply great", working in respect of the land, the Sangiovese plants, following the weather, and then transforming the wine in the cellar with the simplest tools necessary...a few good barrels...and voilà!
The wine will be ready hopefully already in December 2012 - so look out for the release on the site: www.goccianera.com. The only problem is that there won't be many bottles available (only around 1000 bottles for the 2011 harvest), so we'll have to restrict purchase to 6 bottles per person.
Here it is the label dedicated to our two small sons, Julian & Oliver: 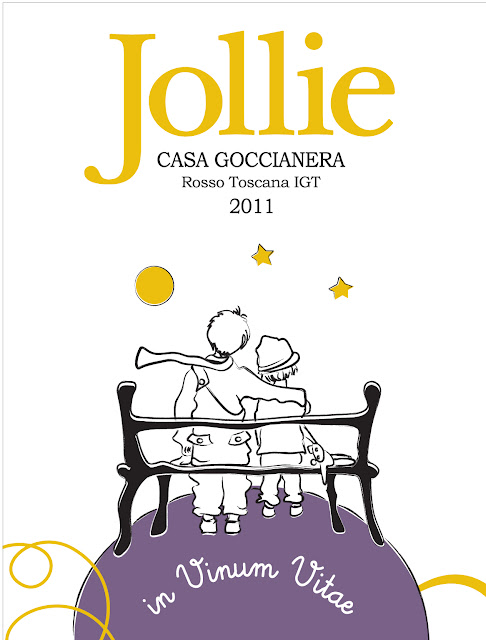 In France and Italy, children and adults traditionally tack paper fish on each other's back as a trick and shout "april fish!" in their local language ("poisson d'avril!" and "pesce d'aprile!" in French and Italian respectively). 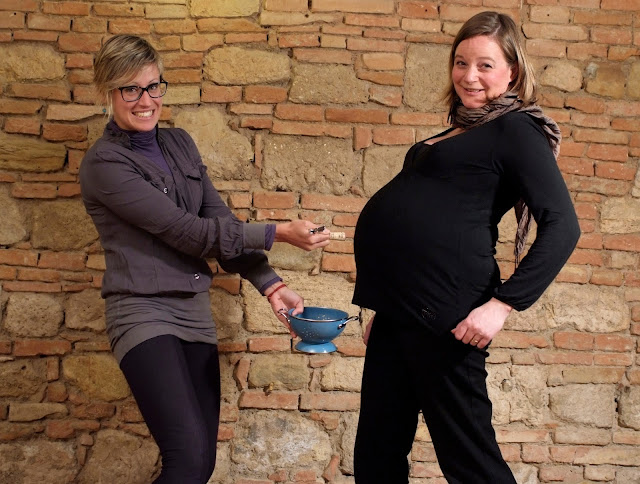 My April Fools day 2012 was very special, and no joke for sure - even if my announcement of the event on facebook wasn't really taken seriously.
I woke up to the babbling voice of Julian - as always, way too early and it feels even earlier when it's a Sunday! I felt a bit uncomfortable and after having responded as usuall to the nights' emails I said to my husband that we had better go to the hospital to do a check-up...even if there were still 10 days to d-day. So off we went to get a routine check-up. But then during the ride the uncomfortable sensation turned into contractions and as we reached the hospital reality hit me - I was having the baby today!!!
It was 9 am when I reached the maternity department in the hospital. The check-up was done by 9.30. Oliver arrived into this world at 10.15!
We are happy to be home after 3 days of very slimming hospital food...I could write a whole page about that, but too depressing. But just so you know it's certainly not true that all food in Italy is good!
So back home in surroundings of good olive oil and wines (that I can't drink yet!), we're now resting and getting to know our new little arrival. Welcome Oliver!!!
I haven't taken a picture yet, but definitely will. However, in the meanwhile I'll share these wonderful pictures of big brother Julian helping his father in the vineyard this past Saturday making the wine for Oliver - Jollie 2012. 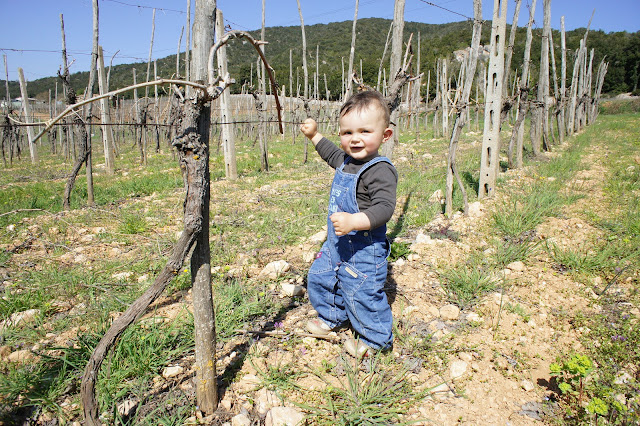 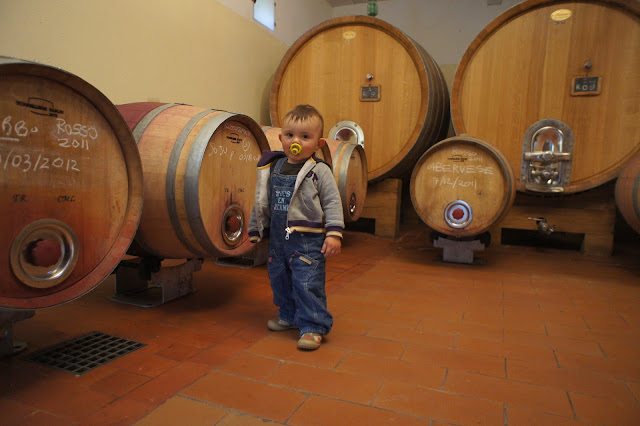 Jollie 2011 (for Julian) is in the barrels maturing, Release will hopefully be in the beginning of 2013. We're right now working on a label for our wine which will be released in very limited edition - just around 1000 bottles.
Posted by Rebecca Wine Links to this post