Who is Dario Cecchini?
If you are a foodie perhaps you've already heard of him...
Dario Cecchini is a third generation butcher with a small butcher shop in the heart of Chianti Classico. But what's so special is that he's actually considered a sort of celebrity Butcher!
Beginning in his own workshop in the village of Panzano, Dario preaches the art of his craftsmanship...but not only...Dario will share his insight on many an argument... It is, in fact, the combination of his great quality meat and his life philosophy that has made him into an attraction and people will travel from far to meet him.
When you walk into Dario's place it feels like stepping into another world (the soon to be Good Food Nation). I call it the Happy Meat Sphere, where food is respected and happiness is on the order of the day, no matter what is going on in the World around us.
That's Dario. http://www.solociccia.it/
We take our guests there all the time to help Dario spread the word of Good Food.
Over the years Dario and his wife Kim have become friends.
One day Dario says to me "Ma ci vuole una festa!" (we need to do a party! - as if life would be too dull without partying!)
So here we go! A late opening party for the new Tuscan Wine School in Florence on July 2nd 2012 and anybody who's interested can pass by for a glass of wine and a taste of Dario's meat.
Restaurant Officina della Cucina Popolare is going to bring some "pappa", so typical Tuscan bread soup.
Wineries will also be represented such as Poggerino (fantastic Chianti Classico wines) and Cesani (our great friends of San Gimignano)...
If you are in town - pop by - take lots of pictures and throw them on facebook to help us spread the word of Good Tuscan Wine!!! 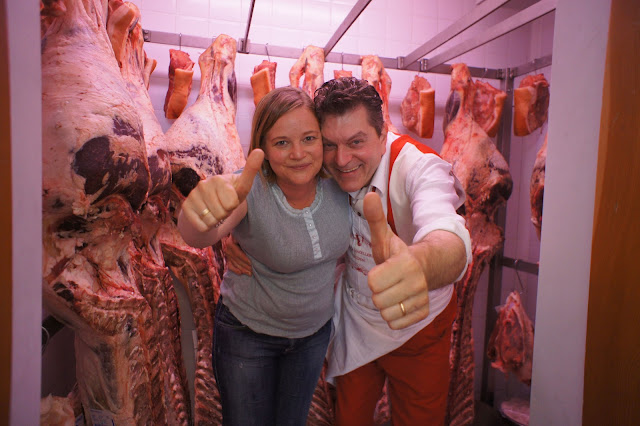 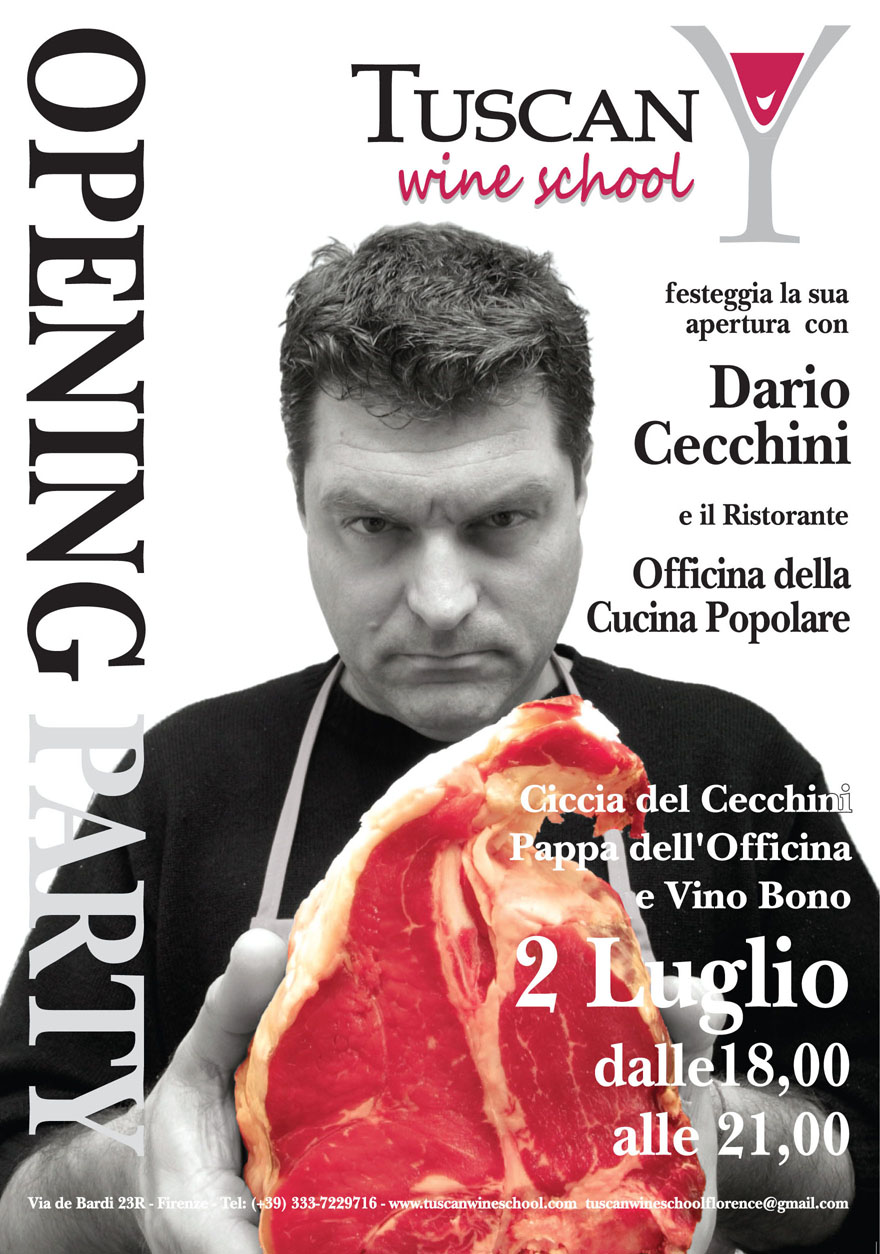