When you think of Italy, chocolate may not be one of the first words that come to mind. Wine, olive oil, balsamic vinegar, prosciutto, truffle, parmigiano, gelato and caffe espresso probably win the top spaces of a long list. Eventually someone would mention Nutella though, which doesn't really classify as chocolate I suppose (since the main ingredients are palm oil and sugar), but it would tell you that Italians make chocolate and are one of the historical countries in Europe for specializing in it.
Chocolate is made from Cocoa beans from the Cocoa tree that contain cocoa butter and cocoa solids. There are 3 varieties of trees: Forastero which is the hardiest and hence the most common, Criollo gives a less bitter fruit considered the finest but only makes up for 10% of world production and then there is a hybrid made from the two varieties called Trinitario. So before beans are roasted and separated (almost even in quantity) the substance inside the bean is referred to as chocolate liquor. In Europe something can be called "chocolate" if it contains at least 67% of chocolate liquor - and then in various measures according the kind of chocolate denomination.
So in theory ingredients of "white chocolate" should be cocoa butter (min. 20%) milk and sugar; "milk chocolate": cocoa butter, cocoa solids (min 25%) milk and sugar. "Dark chocolate"  is similar but contains less milk and is to be made with at least 35% cocoa solids for European regulations (for the US there is no official regulation for how much cocoa solids should be in chocolate of any denomination - e.g. Milk chocolate must contain min 10% chocolate liquor).
So all in all the definition of chocolate may vary from continent to continent, and often it contains different fats (not just the natural cocoa butter) and also an emulsifier such as soy lecithin, and other ingredients.

So yesterday we went to Tuscany's most notorious artisan chocolate maker named Amedei. A lot of the great chocolate makers in Tuscany are situated around Pisa somewhere. I'm guessing because of the vicinity to the port so beans can be shipped in readily.
Amedei has a short history of about 25 yrs but has distinguished itself for it meticulous search for excellence. A large part of the beans utilized are grown on propriety groves in the country of origin and supervised by own agronomists so that the quality of bean is ensured to be the best with no parasite problems. After fermentation and drying the beans reach the destination at Amadei where they are roasted and grind into a paste at 13 microns (extremely tiny bits) to separate the butter and the solids. Then chocolate making can be initiated. Brown caster sugar is used in order to obtain the most genuine result and no emulsifier is used. Their most well known chocolate is called Toscano Black and is a dark chocolate (70%) of incredible persistency. Bitter to the right point. Packaging is done entirely by hand, so if you appreciate high high quality stuff, I think Amedei might be right up your alley.
By the way, on request we can organize tours to Amedei. Email us with your special request - just bear in mind that visits are only organized on special request for private groups (and aren't cheap!). 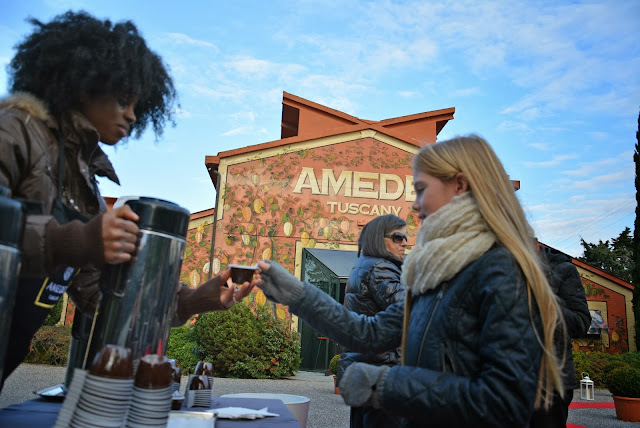 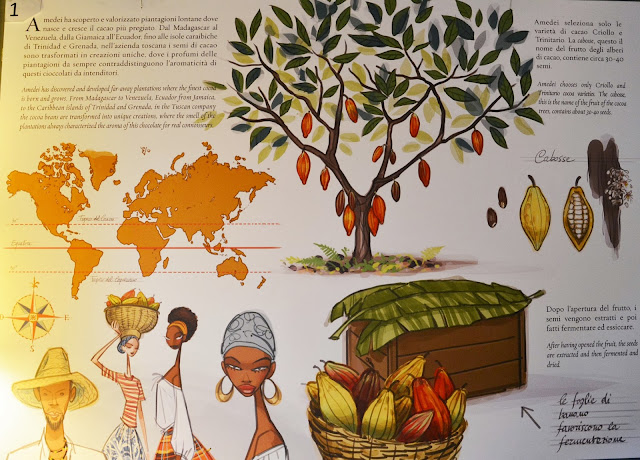 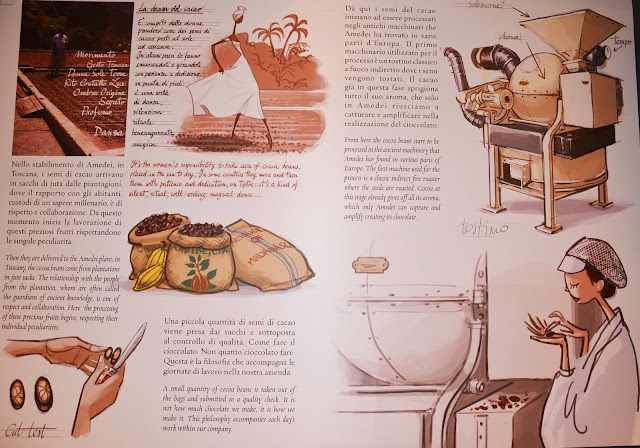 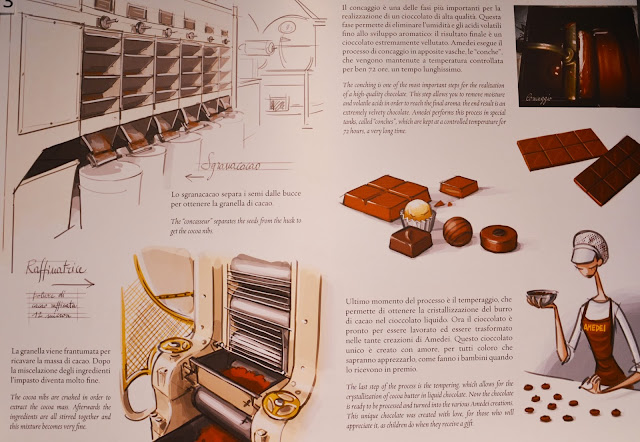 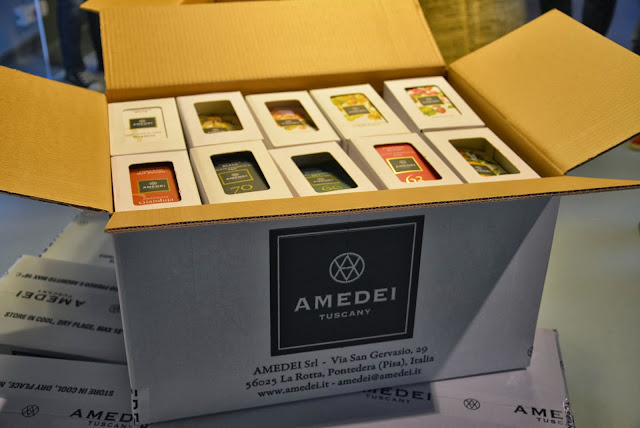 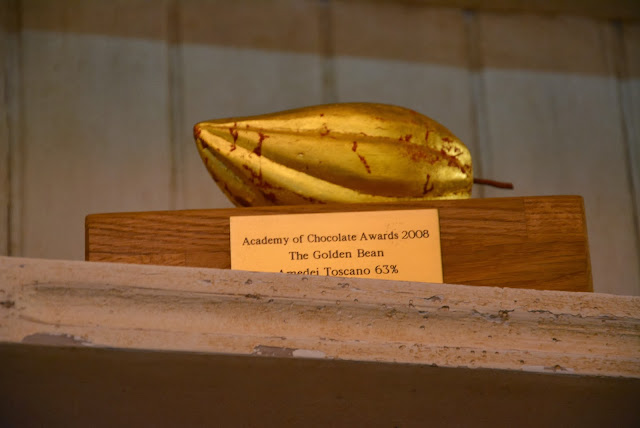