The longer you live in Italy, the more you realize that you'll never be Italian if not by pedigree. It's a distinct mentality to be Italian, and you don't even get it by birthright. My 3 children were all born here, but none of them are Italian because us parents have other nationalities. So they grow up on Italian soil, in Italian climate, with Italian schooling and Italian friends. Italian is the language they speak best (with a distinct Tuscan accent!) Yet, they are somehow still foreigners... 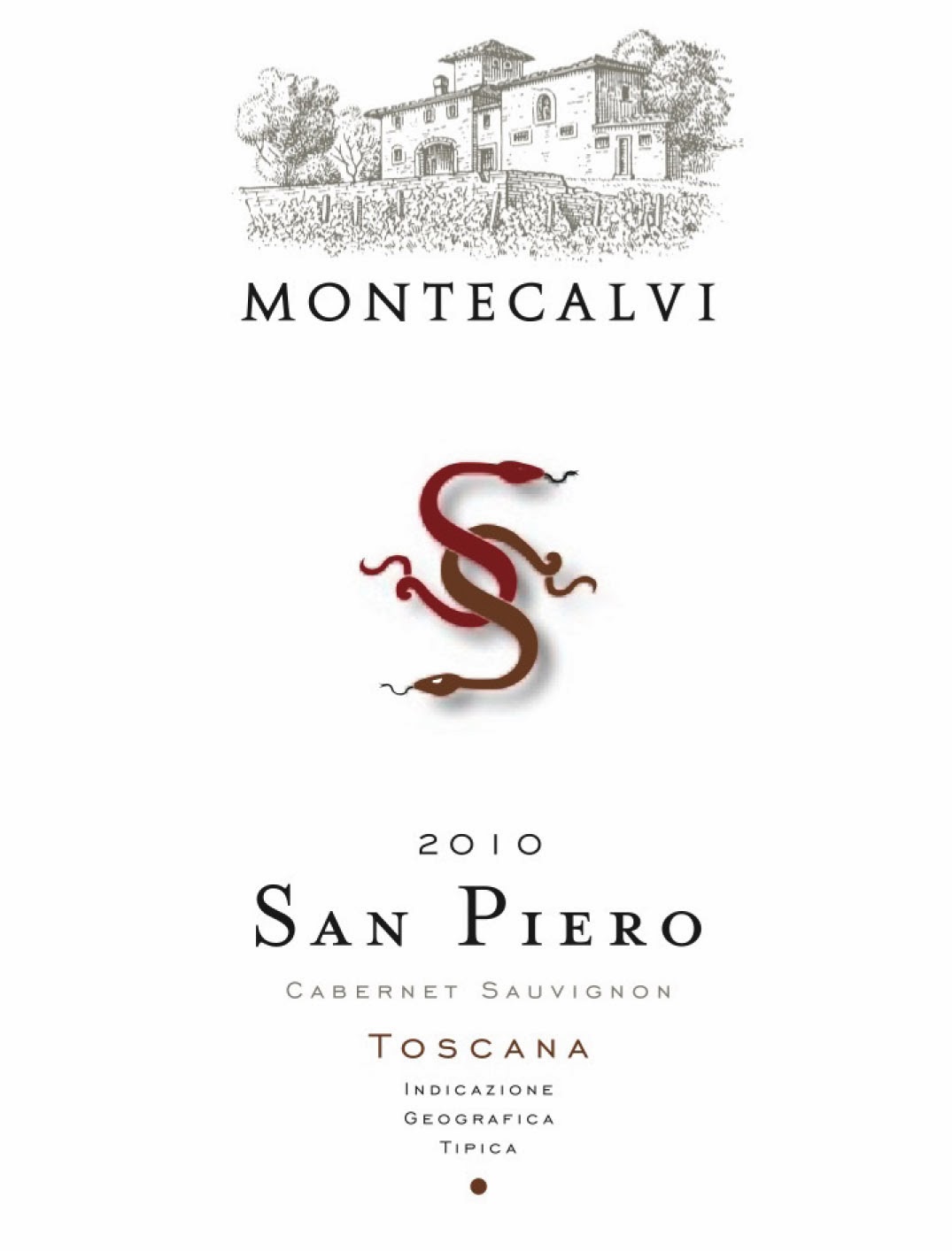 Cabernet Sauvignon grows in many different countries, as well as in Italy, is originally from the region of Bordeaux in France. Its parents are said to be Cabernet Franc and Sauvignon, hence the name. Today it has reached an enormous popularity throughout the World, both wine makers seem to love to make as do drinkers love to drink it.
In Italy it's it's considered a French grape variety even if it has grown on Italian soil for centuries. The origin of Cabernet Sauvignon in Tuscany goes back a few hundred years as it was imported by the prominent Medici family who planted it inside the walls of Barco Reale in Carmignano. In fact, Carmignano DOCG, a small area of great Tuscan wines, has in its original recipe a small part of Cabernet Sauvignon.
The most notorious Cab Sauv based wine is Sassicaia which has now obtained its own DOC status. It reaches sky-high prices and is considered by many Italy's top wine.
We feature small organic wine estate Montecalvi's tiny production of a Cab Sauv from a small vineyard outside Greve in Chianti, which is beautifully concentrated and representative of its terroir in style. 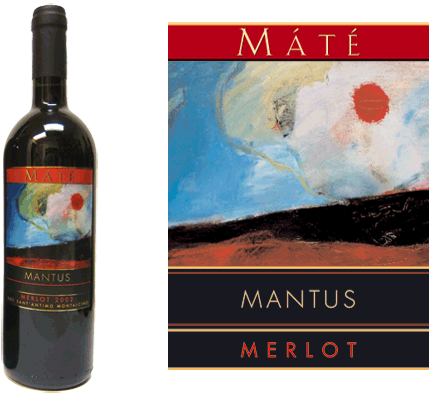 Merlot, originally the blending partner of Cab Sauv in Bordeaux, has a similar long and uncertain history in Tuscany. It was for certain grown around the hills of Lucca more than a century ago, though never really recognized equal to a local grape. It wasn't really noted until the era of the Super Tuscans a few decades ago where it finally got notoriety because suddenly fashionable - but mainly with the rest of the World - not really with the Tuscans themselves. It is now grown abundantly throughout Tuscany often being an important part of some Super Tuscans (or wannabe Super Tuscans). As merlot likes sand and ripens early it has found a particular nice habitat out by the sea in the area of Bolgheri where it gives birth to one of Italy's most expensive wines; a Super Tuscan by the name of Masseto (the Italian answer to Petrus!) - one of the few great examples of a pure Merlot in Tuscany.
We feature Mantus, a lovely Merlot made in Montalcino by Maté.

Syrah is another French (Loire valley) origin grape that seemingly has long roots in Tuscany, especially around the area of Lucca. Today the best results come from area of Cortona (where the book Under the Tuscan Sun was set and written), but producers also venture pure Syrahs or use Syrahs in blends for Super Tuscans in other parts of Tuscany. Cortona's first celebrity Syrah was Il Bosco by Tenimenti d'Alessandro already a highly regarded super tuscan in the 90'ies. Today the most interesting Syrah is beyond any doubt Stefano Amerighi's Syrah Cortona DOC, a wine that's also made byodynamically and with lots of passion & skill. 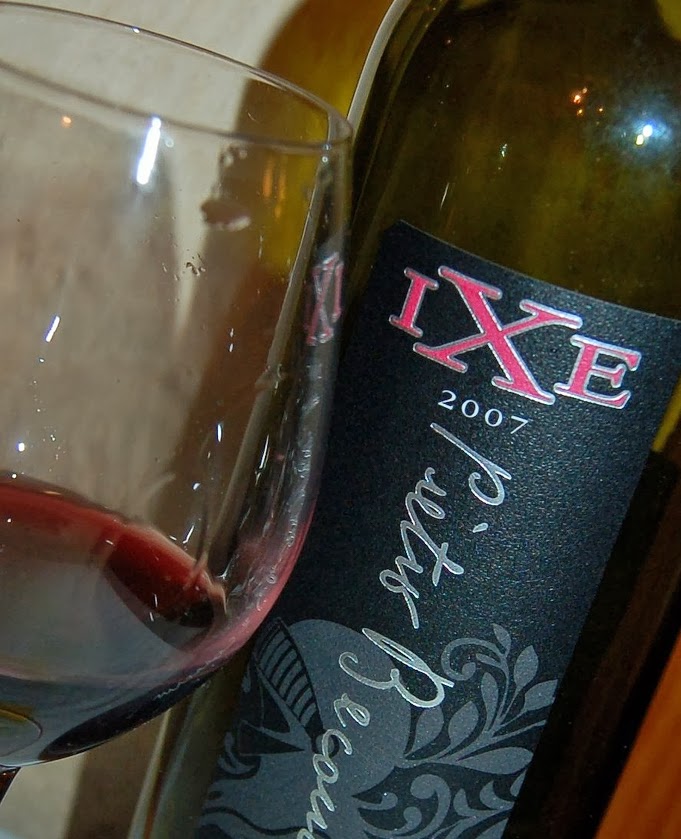 And then probably the most surprising grape to find in Tuscany is the Spanish Tempranillo that made it's way to Tuscany centuries ago on the ancient trade routes, but until recently was mistaken for Malvasia Nera (still is mistaken for it in many places). Even if similar in characteristics the leaves have different sizes, and the result is in the wine is different. It's now been acknowledged as a grape that can be officially used for making Toscana IGT and is made especially by a firm believer named Pietro Becconcini in the area of San Miniato. He makes a fresh pure Tempranillo which is deliciously spicy and then he makes an Amarone-style (dries the grapes for around a month) and it's deep and concentrated and very surprising.

So somehow we feel a bit like these grapes. Even though we live here, breathe the Tuscan air, respect the environment and accept the Tuscan ways, we'll probably always be considered foreigners just like these grapes that have however found a place for themselves and are well-respected. But neither us nor the grapes will ever be Tuscan - not even after hundreds of years of growing in Tuscan soil.

We love our Tuscan Foreigners just as much as we love the classical Tuscan wines made with native grapes. So some of these wines we'll send (or have already sent) to our happy wine club members. See more on http://www.tuscany-in-a-bottle.com
Posted by Rebecca Wine Links to this post