Wine on the Riviera (Ponente)

Liguria is the Northwestern-most region of Italy, lined by a beautiful coastline featuring steep cliffs, topped by medieval mountain hamlets, and colourful fishing boat villages that reflect in the beautiful Mediterranean blue water.
Viticulture and olives are native to area since Roman times, but the rugged terrain makes any kind of agriculture a real challenge. Vineyards with native grapes such as Vermentino, Pigato & Rossese are typically terraced on hillsides facing the South. Taggiasca olives are so hard to harvest that they are often collected by falling onto a net, making a mild olive oil that goes well with local seafood dishes.

We've spent some time discovering the Western area of Liguria which borders to France - the so-called Ponente (west of Genova city is Ponente, and East is Levante). Apart from the more commonly grown whites, Vermentino & Pigato, here grows a red variety called Rossese. The name may have you think of something red, but in fact it's a name that has been given to a family of varieties both red and white (Wikipedia).
The area that is best known for the variety name is the Rossese di Dolceacqua, the latter being a cute little village in one of the valleys leading up to the Alps. The Rossese di Dolceacqua variety corresponds to a French grape called Tibouren which grows in Provence and is used to make pink wines. However, in this first Ligurian DOC region it is made to make a dry red, usually released only a year after harvest. A more selected version is released under the Superiore appellation, however both are dry and moderately alcoholic with a light color (similar to Pinot Noir) and soft tannins (this makes it one of the few reds that can match sea food quite well).

Here follows some pictures of our visits with a few wine makers from the area. Most are incredibly small with just a few hectares of low yielding vineyards and such a low production that labels may never reach the other side of the border. But the passion seems to be there, and a great desire to make high quality and to develop the area into a more notorious wine making region, as the potential is certainly there! We personally think that it could be interesting for the producers to age their wines a slight bit longer, perhaps using cement vats or big oak barrels. We are certainly looking forward to following the development of the region in the future!

Starting 2017 Grape Tours is proud to present the first ever small group wine tour from Nice to the Italian Riviera every Wednesday. Don't miss it! www.nice-wine-tours.com 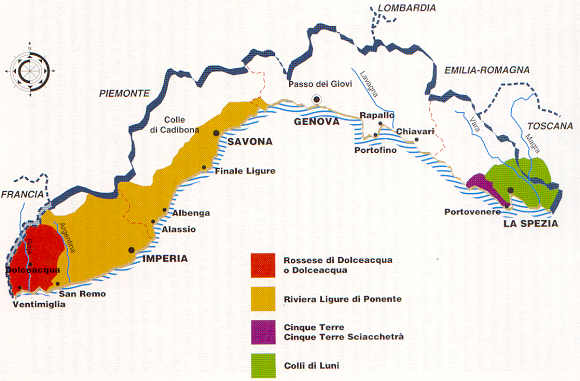 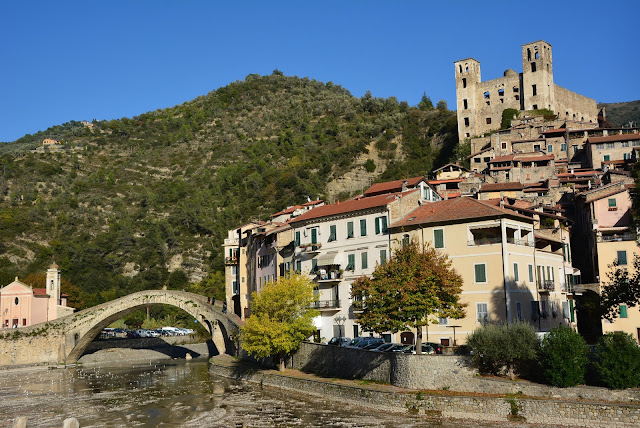 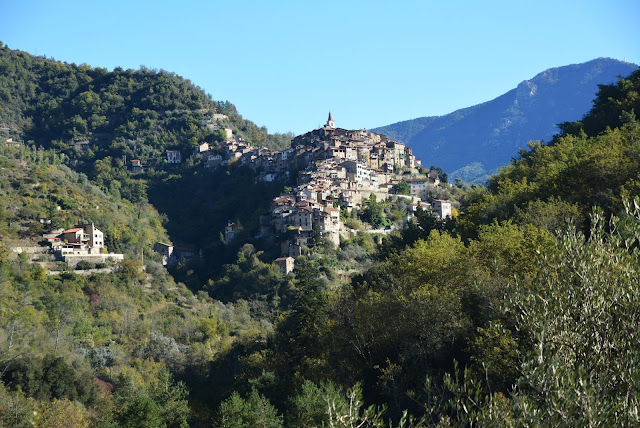 Vineyard facing the South (the sea) 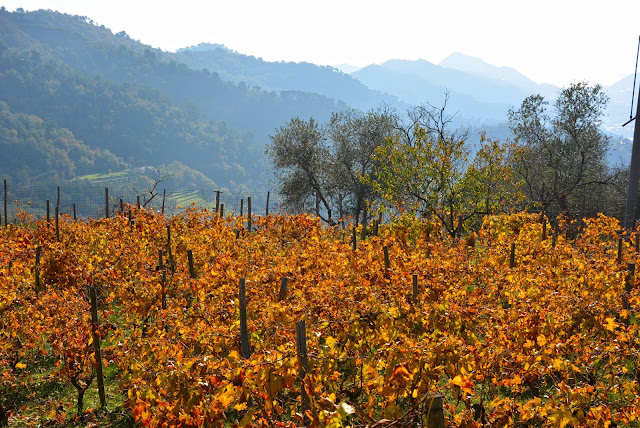 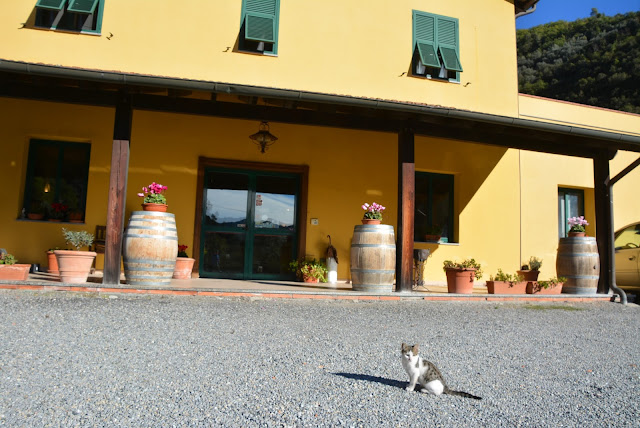 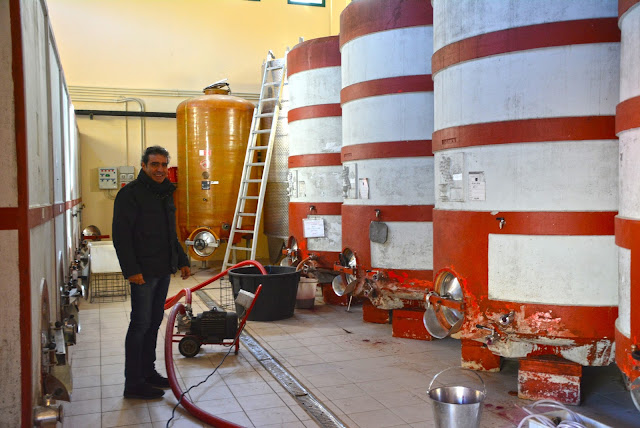 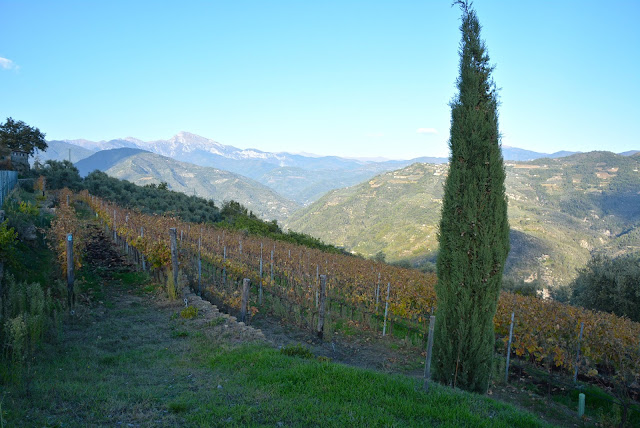 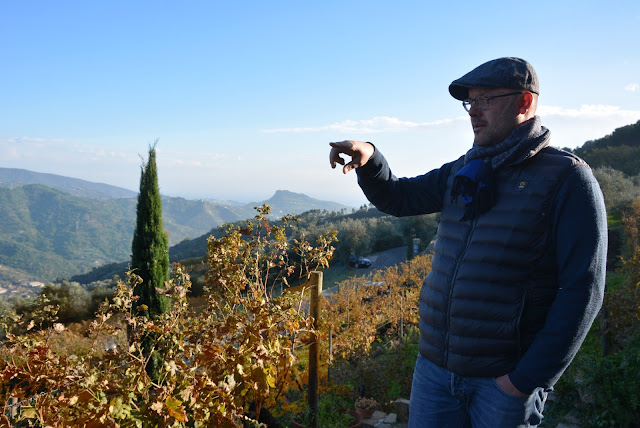 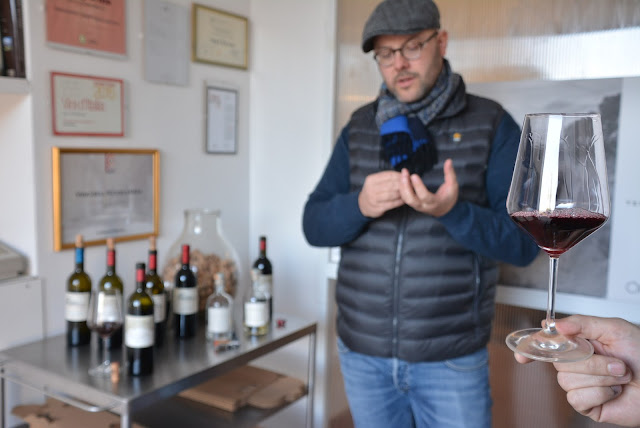 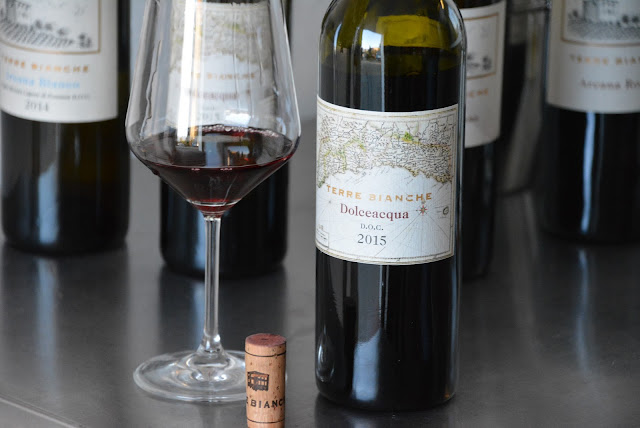 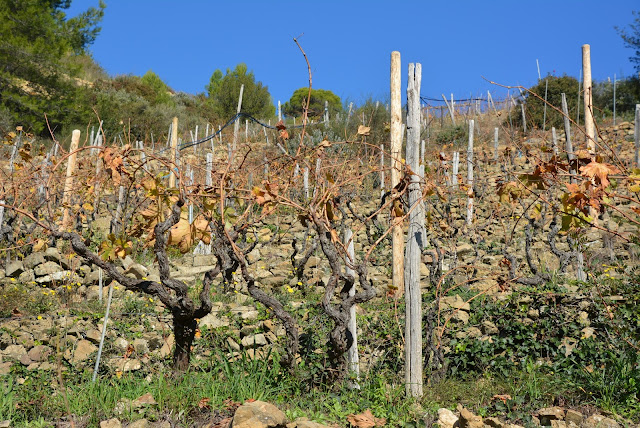 Valentina with her father 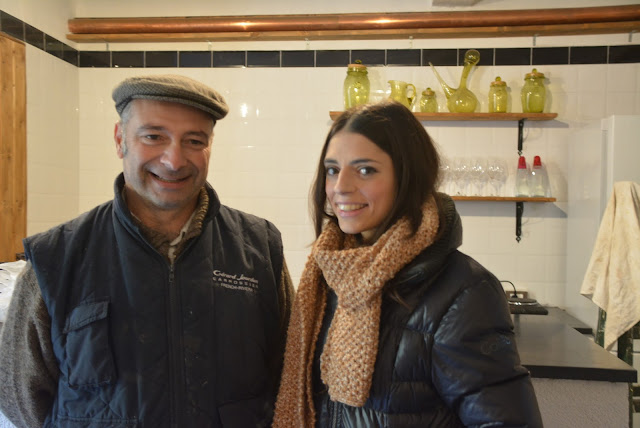 Valentina with her mum 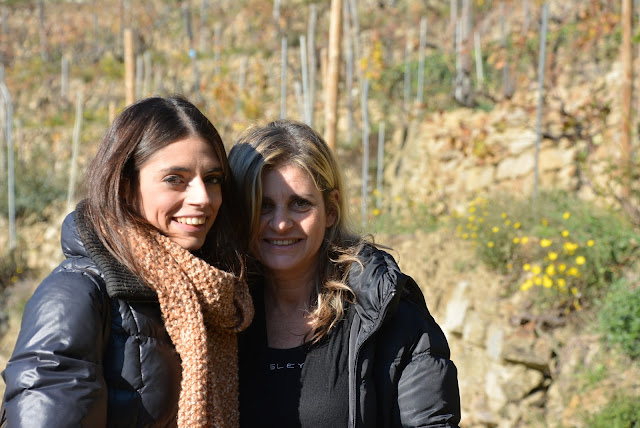 Another enchanting view from the vineyards 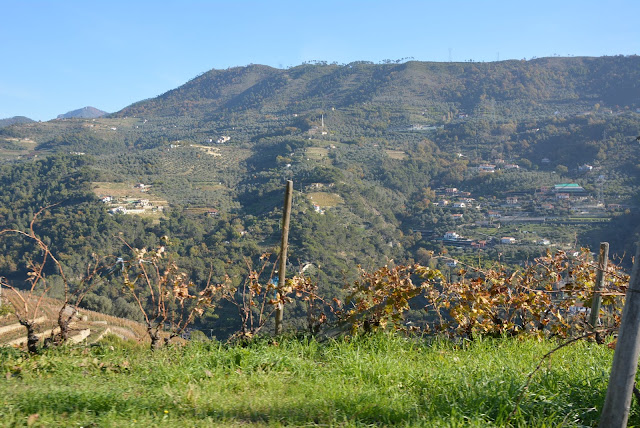 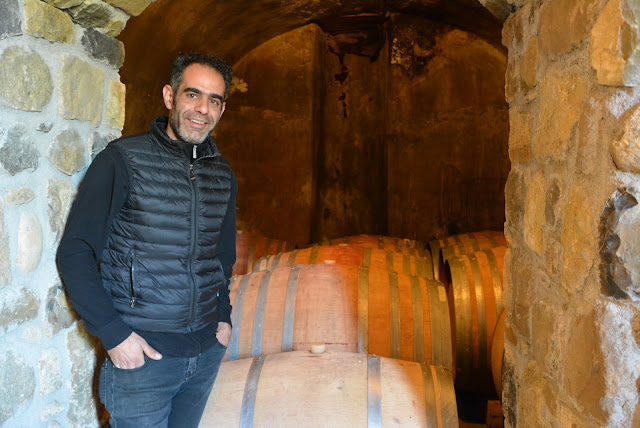 Marco at his organic winery 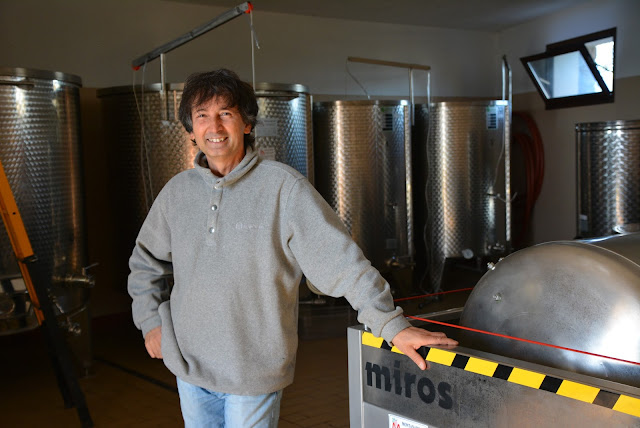 Tasting in the living room of the most panoramic house!! 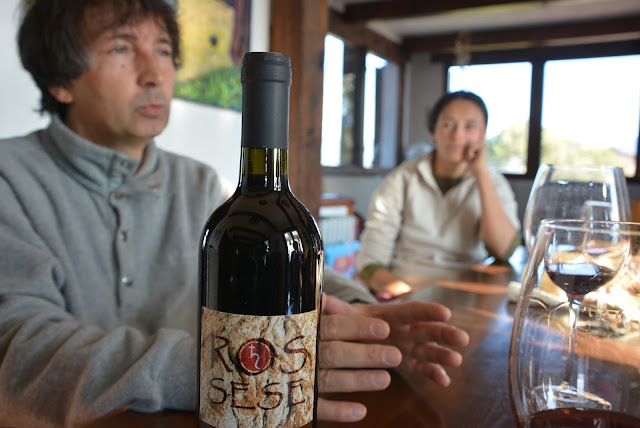 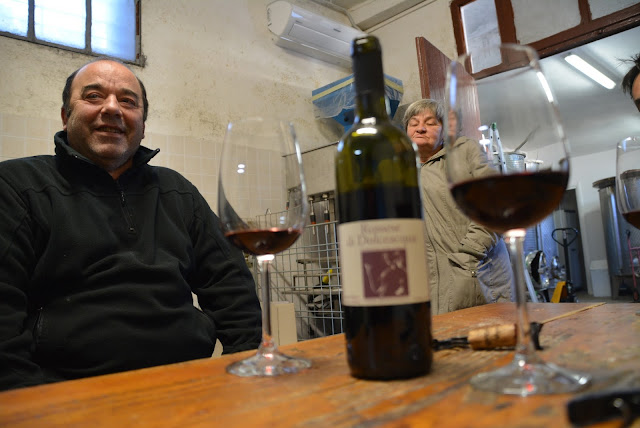 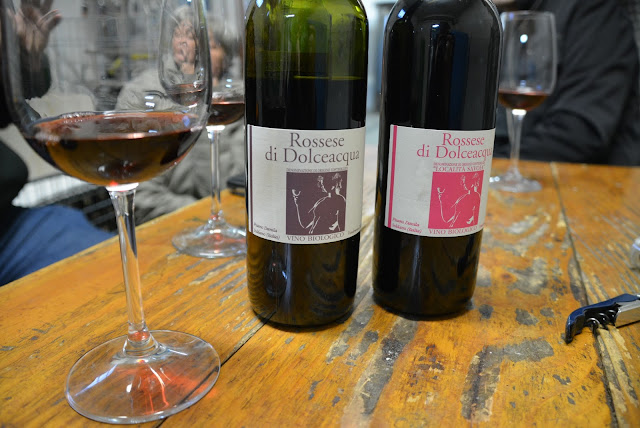 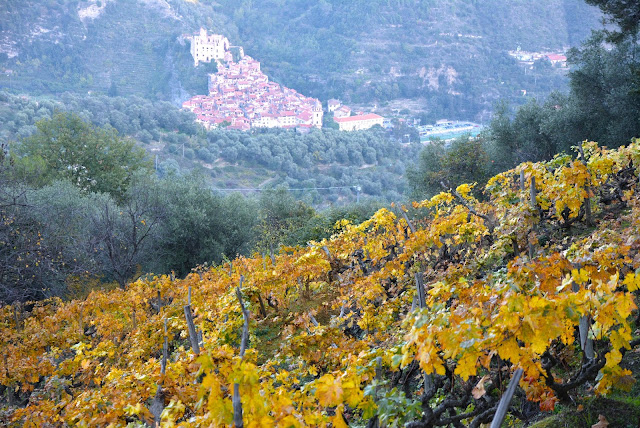 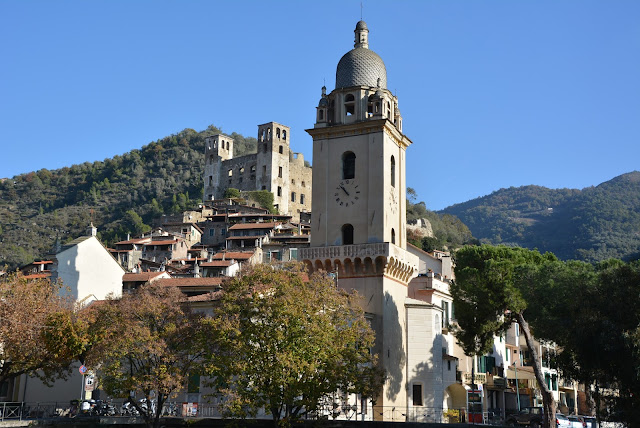