Etna through a glass

Last week we had the chance to attend an international wine tourism conference in Sicily (IWINETC), so why not tag on a couple of days of wine touring - especially considering that we would get to walk around on an active vulcano! Yes, Etna is at the moment in eruption so that certainly adds to the excitement - a viticultural area that's recently been rediscovered and now the hot spots as a wine tourist destination.

The post-conference tours were organised in collaboration to the Etna Wine Lab who I'll give a shout-out to here. One day focused on the Southeastern side, and the next day went to the Northern side and on each day we visited a couple of wineries to get a feel of the area and to compare. Funny actually to go on wine tours yourself, when you are used to being on the other side and organising them! So I'll here feature the highlights for us on those two days.

By the way, I should probably mention that the native grapes around Etna are mainly Nerello Mascalese and Nerello Cappuccio for the reds, and Cataratto or Carricante for the whites. Sicily is usually considered a dry and hot climate for grape growing, so the area of Etna distinguishes itself not just by the volcanic soil, but some vineyards are quite high in altitude so the climate is cooler and temperature excursions more dramatic. But surely if you're interested in going to Etna and perhaps have longer time than we did to discover the rest of the island, here's a very good and detailed read "The World of Sicilian Wine".

I love to have the fotos tell the story, so here are some pictures that might spike your interest! You'll find links to the wineries we found to be of interest.

Vineyards around Etna are mainly on the Eastern and Northern slopes. Other crops found in various locations around the Vulcano are pistachio, hazelnuts and prickly pears - not to forget olives, oranges & lemons. 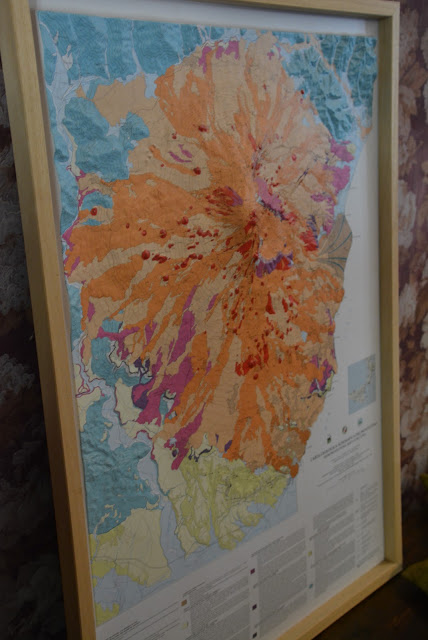 Etna in eruption (red lava was visible by night, I was told - me? Sound asleep, of course!) 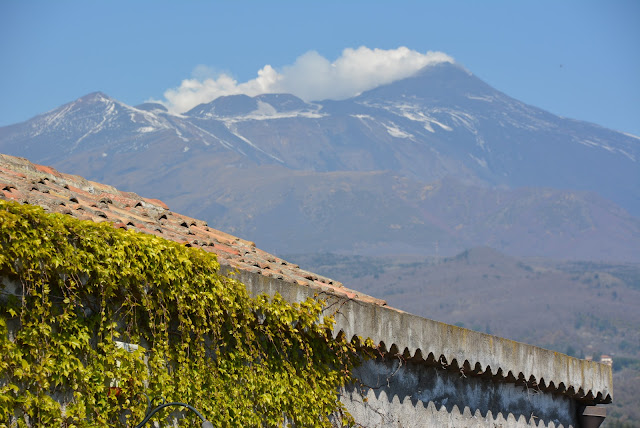 Lava is broken into fertile soil after a millennia or so...
The first night we visited Benanti winery which was lovely and recommendable. 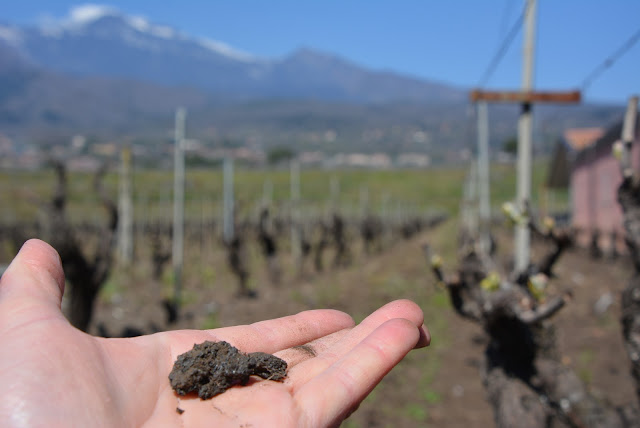 Visiting the Murgo winery on the Eastern side 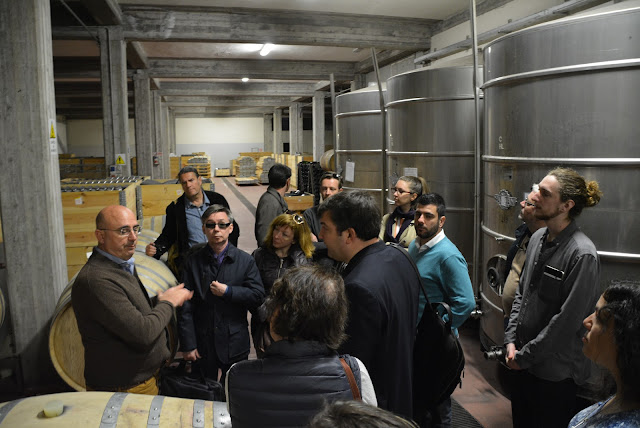 Watching the sparkling be disgorged and corked (how's sparkling wine made?) 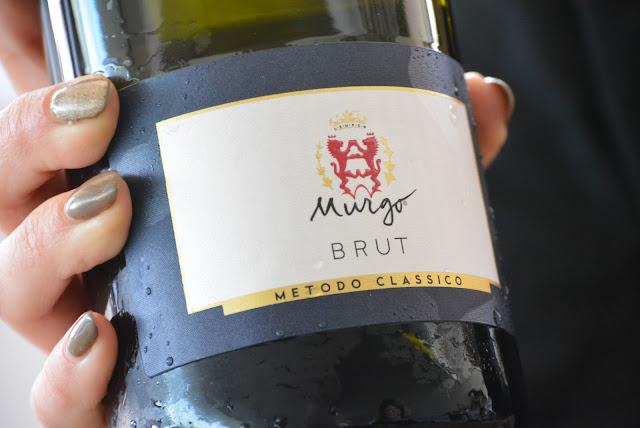 Sicilian cheeses and cold cuts to nibble on during tastings. 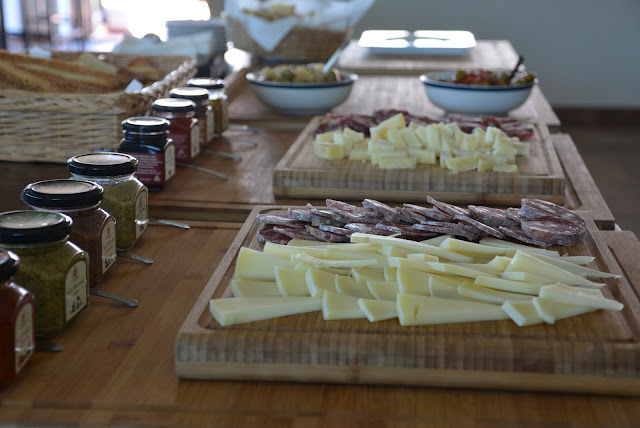 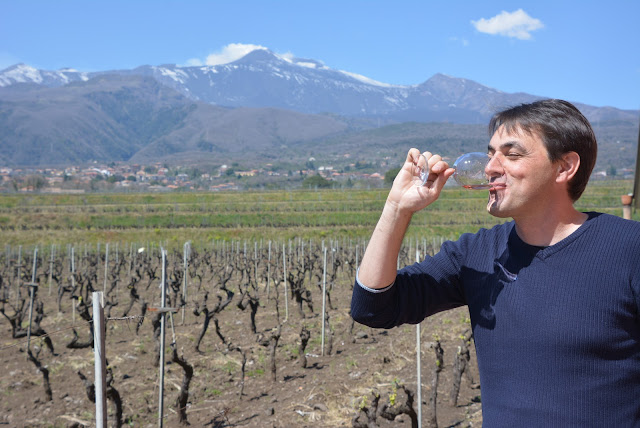 Murgo has a restaurant with quite the view... 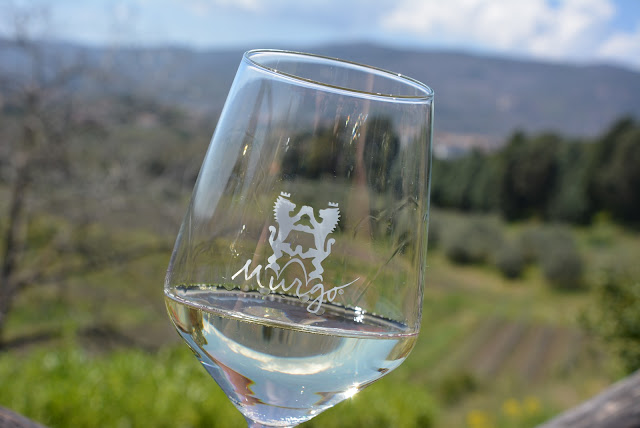 Our group of wine tour operators from around the World... 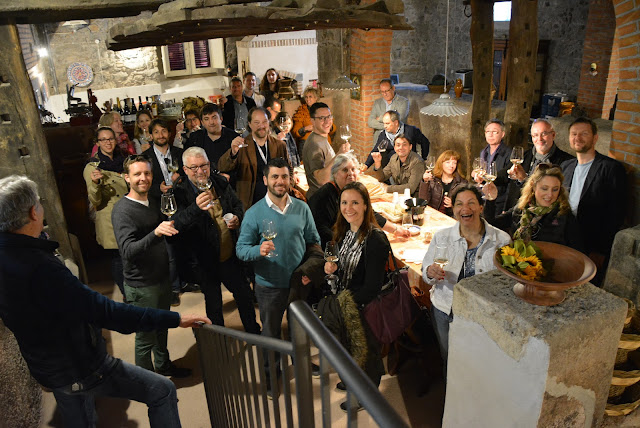 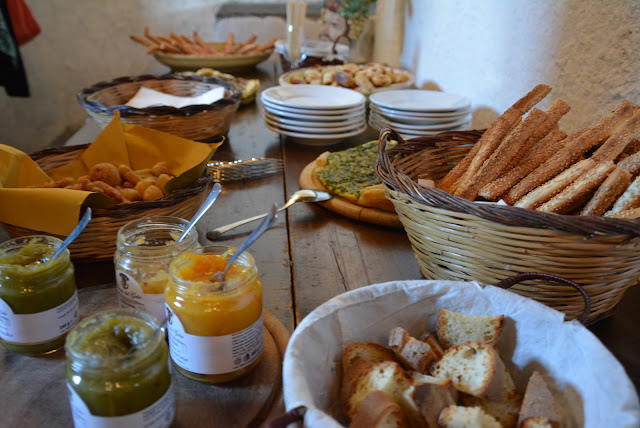 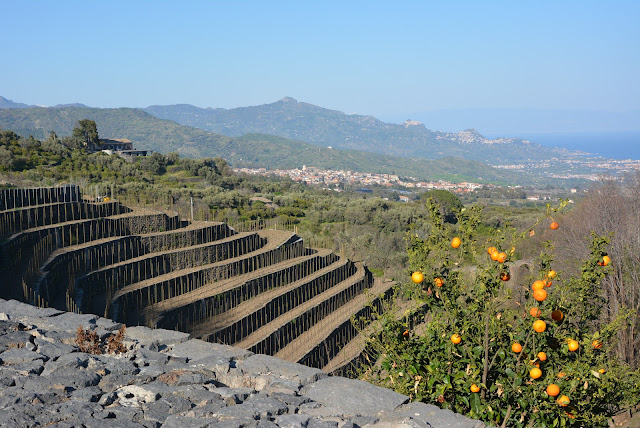 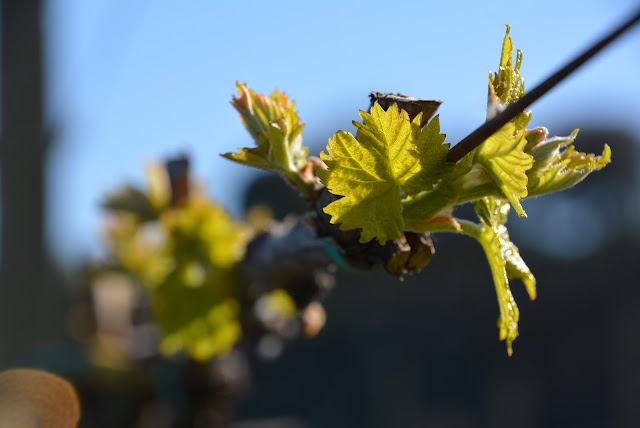 The Etna wine train is a different way of getting from village to village... 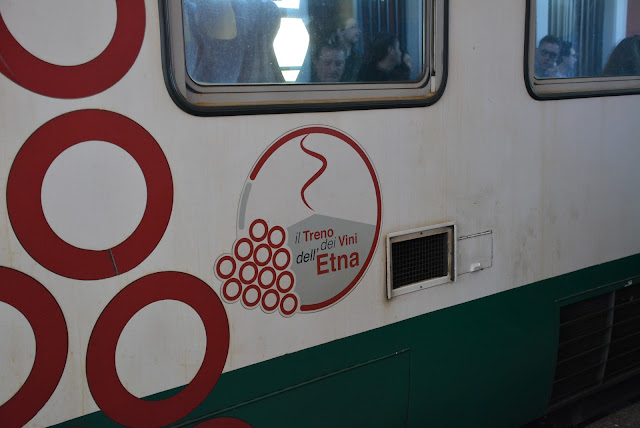 View from the train... 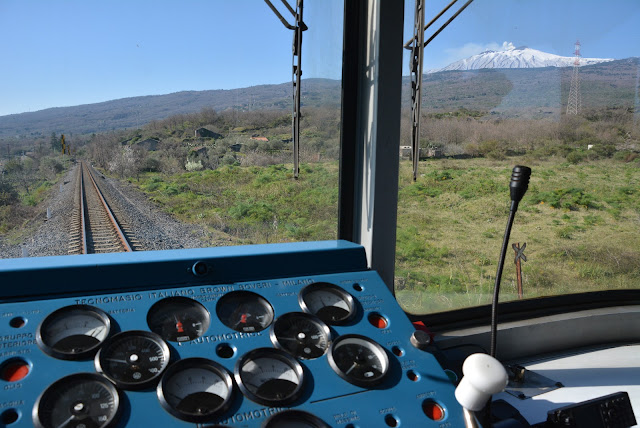 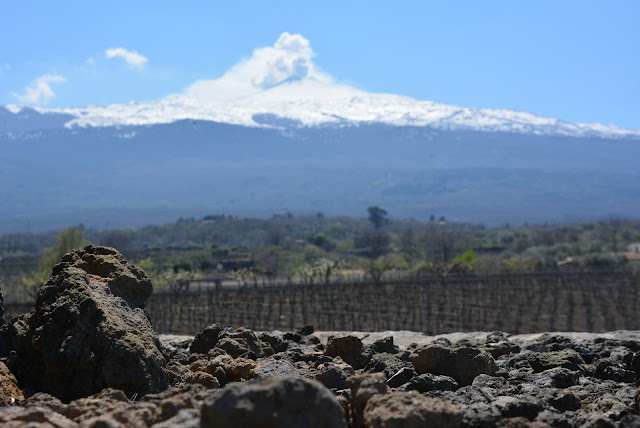 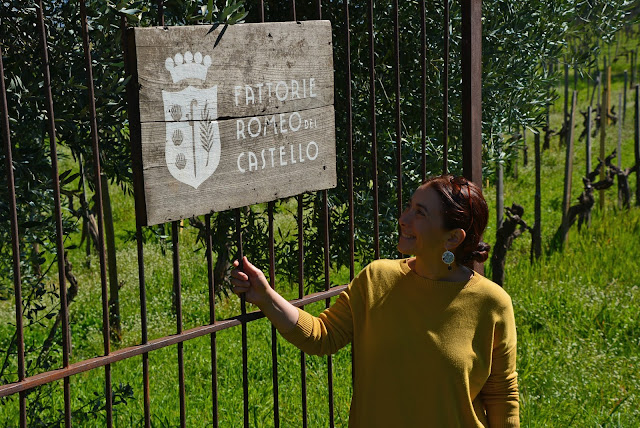 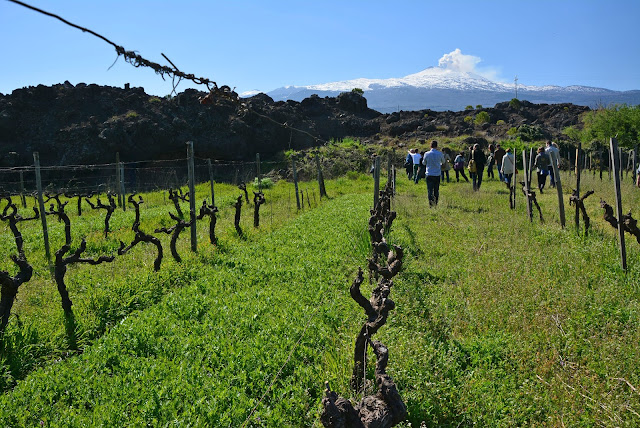 Spring's a great time to visit! 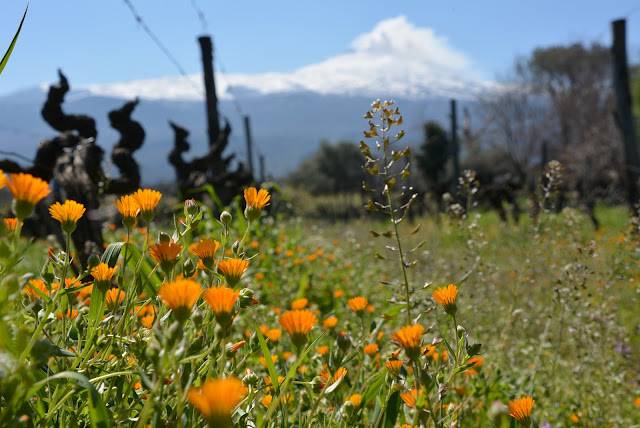 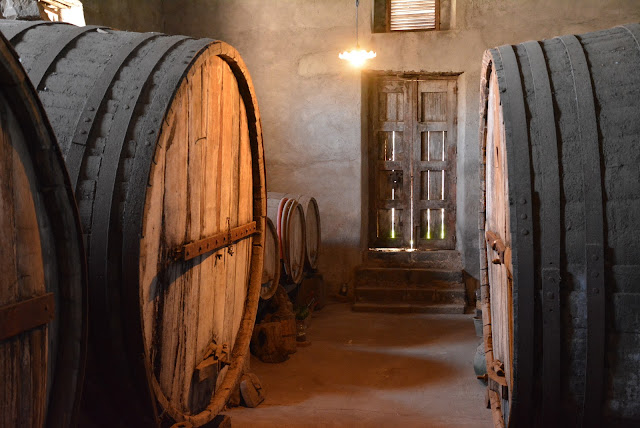 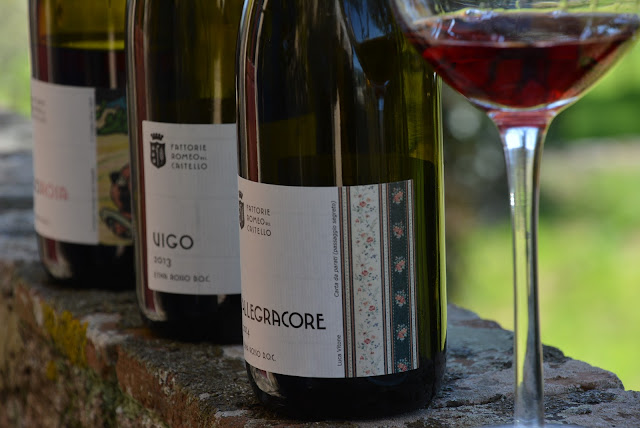 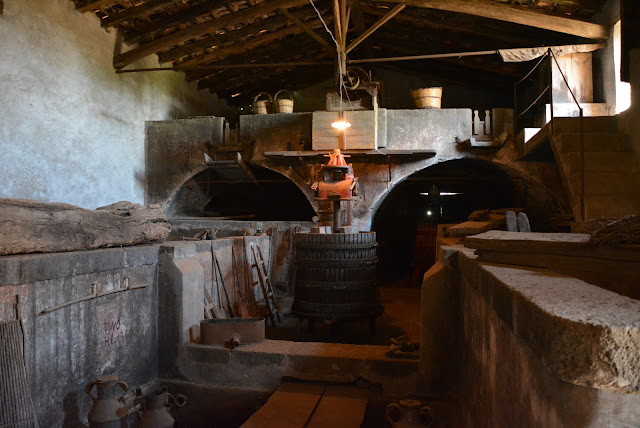 Etna through a glass! 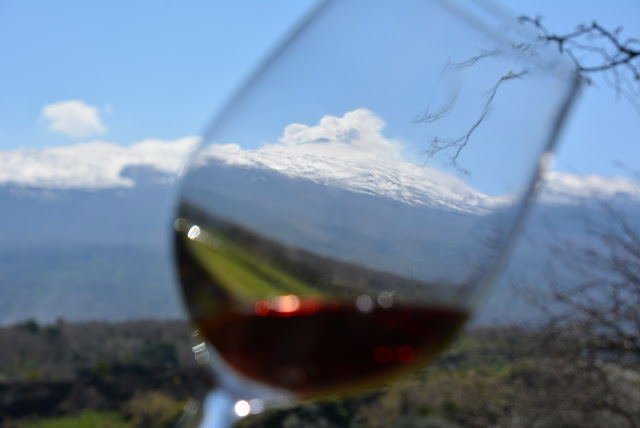 Another winery visit (mostly memorable for the dog) 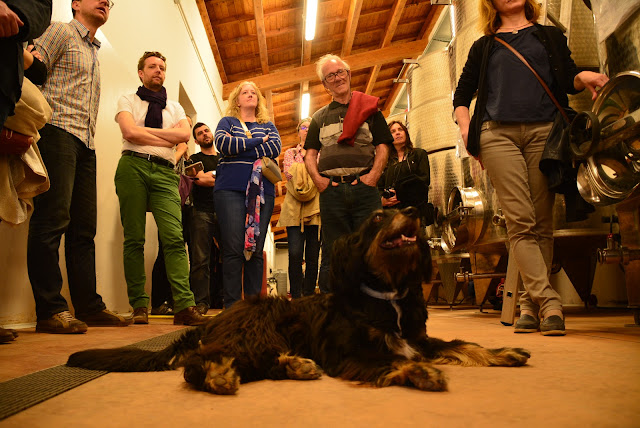 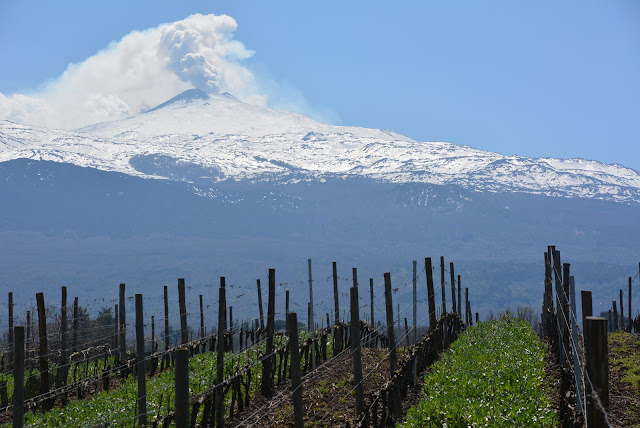 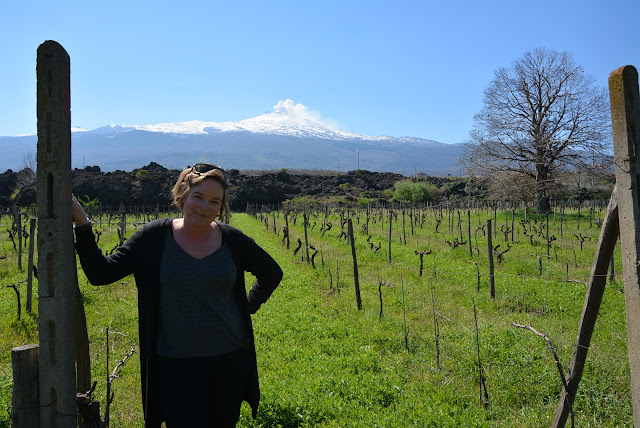